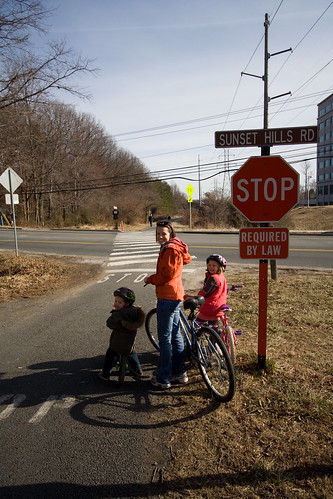 bikeriders5, originally uploaded by The Bywaters.

After weeks of begging…we finally had a warm enough day to get out on the bike trail. Sophia had been eying the big trail that runs right past her school. It’s a great trail that leads all the way into DC if we were up for an ALL DAY event! Maybe when they’re 12!

Sophia did GREAT on her big no training wheeled bike – zooming down always in the lead! Oliver was a close second on his two wheeled – pedal-less balance bike. He gets in this super long stride and just flys! He definitely got the most looks and WOWS as he flew by with both legs lifted up so everyone could see just how cool he is! And Elliot got to just chill in the back seat!

We rode from Sophia’s school out to McDonald’s for some ice cream and then back. It was a good 2 mile ride – not nearly long enough of course! 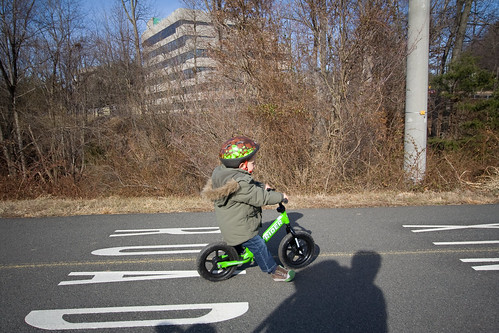 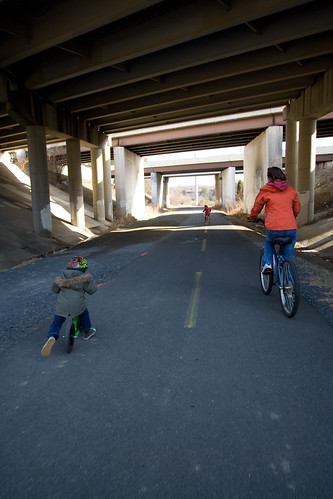 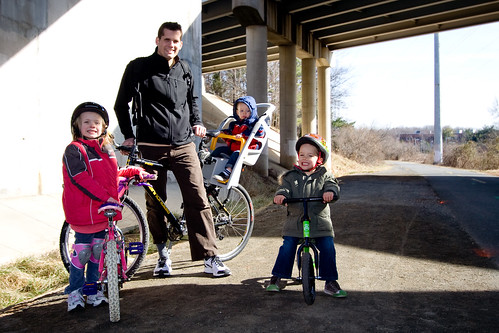