Sophia had a GREAT idea to try and get a photo of Santa Claus this year. And…well…it WORKED!!! It’s REAL…Santa was CAUGHT! We tied some yarn from one chair across to the TV stand…and up to the camera on a tripod. When Santa came out of the fireplace, he tripped on the yarn…which triggered the camera to take a picture. Something set off the camera on the first shot!?!??! 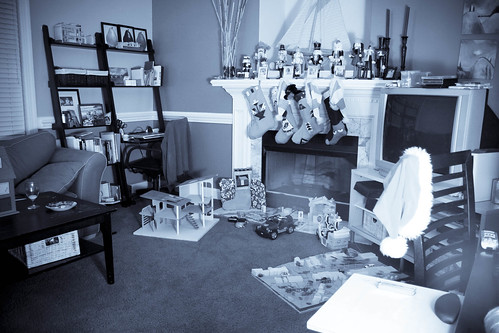 IMG_4762, originally uploaded by The Bywaters.
Then…we got a blur 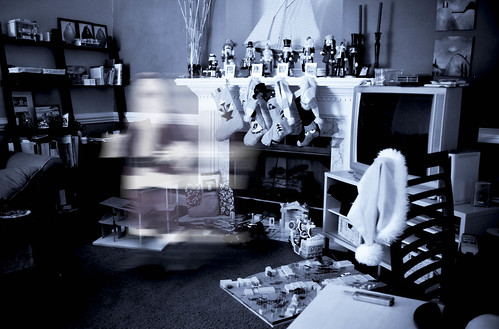 …BUT THEN…we got the MONEY shot! 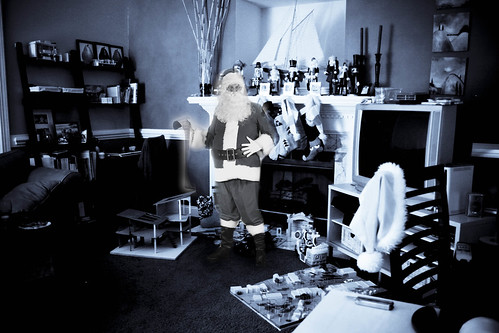