One of the reasons we love Prague so much is because it is soooo easy to get around within the city and to other beautiful cities/Countries in Europe!Â  Our first excursion was to Vienna, Austria.Â  It just happened to be over Andrew’s 30th Birthday weekend (Oct 9th-12th)…so it made the trip even more exciting! 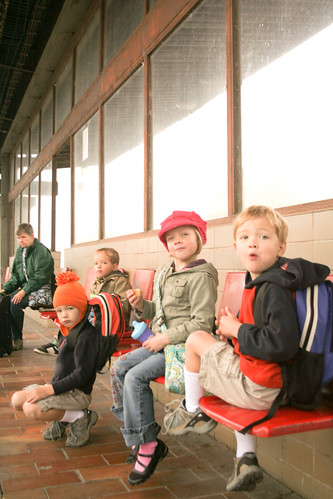 (Click on image for more pictures of Vienna – Train Ride)

Our weekend started out early as we boarded our first REAL train at 8am!Â  (Waiting for our train – Oliver – Paul Thomas – Sophia – Oliver)Â  It was a beautiful four hour train ride through the countryside.Â  It was fun to see outside of the city!Â  The kids had a great time with the Battaglia boys! 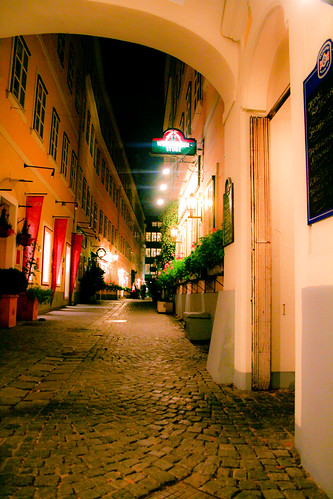 (Click on image for more pictures of Vienna – Mercer Hotel)

We had booked a hotel with ROOMZ – a very cool modern hotel…but they had overbooked, so they upgraded us to the Mercer Hotel.Â  After a day of traveling the idea of getting into a taxi to go to another hotel was not at the top of our listl.Â  But it ended up being a great upgrade to a beautiful hotel right downtown!Â  And as I said on my post about Andrew’s 30th Birthday…it had a WONDERFUL feast of a breakfast!Â  Which when traveling with kids is VERY important to start your long day of sightseeing with a full belly! 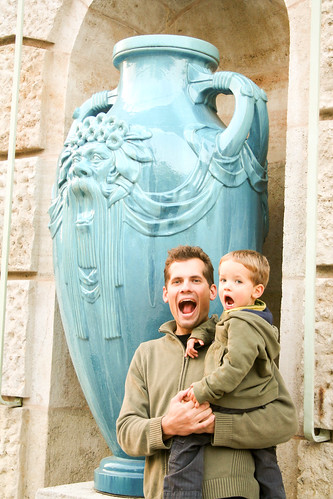 After settling into our hotel we ventured out into the city.Â  We quickly found this BEAUTIFUL park – Stadt Park, just a couple blocks from our hotel!!!Â  It was fun to get out and run and explore this beautiful city!Â  Also at this park was a really fun jungle gym – European cities have the coolest playgrounds ever!