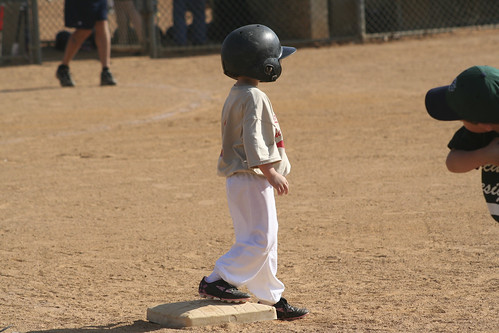 SophiaTball, originally uploaded by The Bywaters.

Sophia’s two games into her t-ball season…she’s batting about .900 and scored 4-5 runs, 2-3 RBI’s…(not that anyone is keeping track!!) we’re still workin’ on her fielding! She’s pretty hilarious though, she’s either BY FAR the fastest on the team if she’s not being timid/embarrassed. If that happens…she’s basically walking from base to base.

She’s really loving it, though, especially the snack after the game! It’s been fun to play with Oliver on the side too. He’s already hitting it pretty good!