Only in Prague could you ever find COTTON CANDY as large as these! 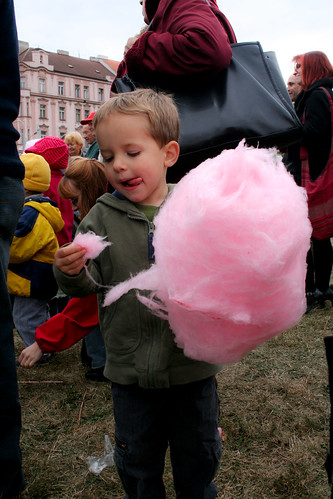 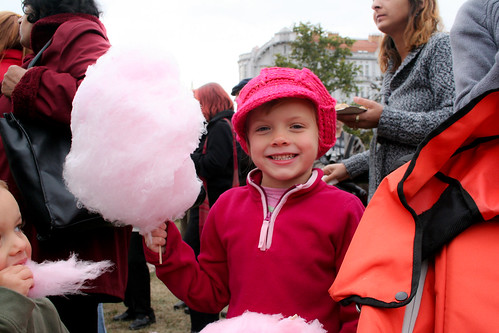 We just happened to be passing this festival while on the trollie and at the stop Sophia noticed it and asked if we could get off.Â  So we did.Â  It was full of fun hand-made games for kids, puppet shows, music, performers, and cotton candy!!!Â  I also found what I thought would be similar to a Big Hunk candy bar, but instead it was a block of the hardest but yummiest thing ever…after several days of trying to eat it myself (since it was full of nuts Andrew and the kids stayed far away!) Andrew made me throw it away!Â  We also had some yummy home-made potato chips.Â  They had the coolest kitchen tool which Andrew now thinks we need in our kitchen!!Â  It was similar to the apple peeler that we have for our pies, but for potatoes, that cut them into super thin, curly strings and dropped right into hot oil.

We are LOVING all of the festivals here!!Â  (click on the pictures above to see more pics)