Robyn must be gettin' ready!

So, I can finally get a little rest…Spring Break is over, and I’m back in school! Robyn is a HARD worker…especially when there is a baby on the way.

Not sure where to begin on our WHIRLWIND of projects this week. Luckily our kids are so good at either helping with the projects, playing on their own, or watching movies…that we were able to work ALL DAY long! I’m EXHAUSTED…I think I need a vacation! (oh wait…spring break just ended!)

after 3 weeks of a TRASHED garage because the stupid primer wouldn’t stick…we finally got the bunkbed painted…it still needs touchups…but, at least it’s SETUP and IN USE! 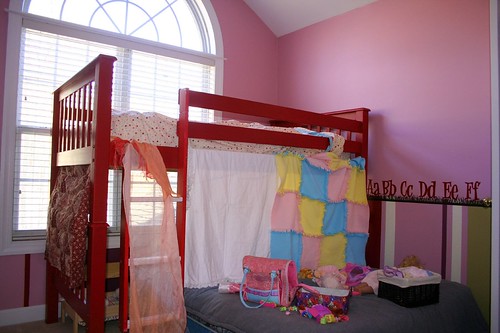 we made a couple alterations…to turn it into a loft bed. That way we could keep the double matress we already had…and make a nice play area under the bunk. Sophia’s already decorated it nicely, although it’s just “temporary, ’cause it’s not the REAL princess curtain”. Sophia sleeps on top and Oliver on the bottom, who told me “STICKERS” and pointed to the bottom of the top bunk. We’ll have to get some glow in the dark stars for him! 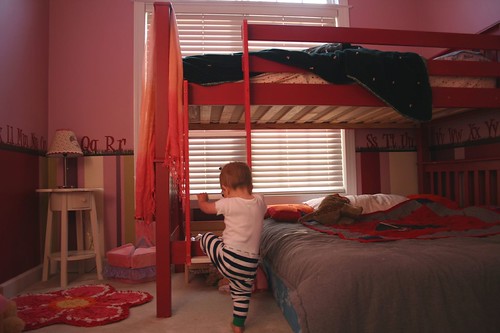 Luckily he can’t quite climb the ladder yet…BUT IT WON’T be long!!

Robyn did some great painting in Sophia’s room awhile back, and had plans of doing a graffiti border. So, we finally finished it. 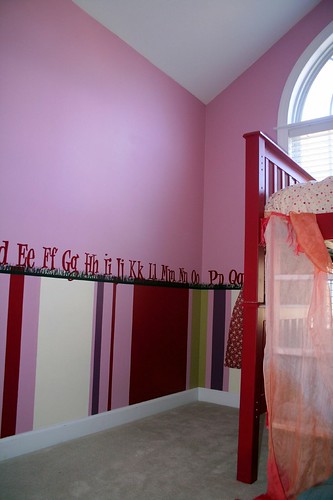 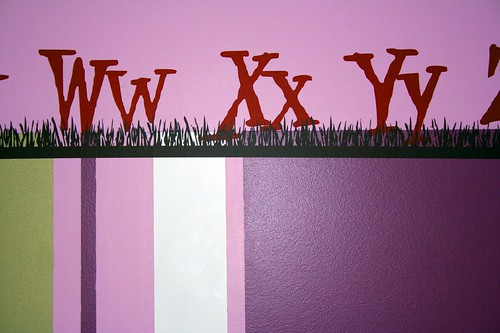 and get new towel rod and shower curtains…that was a “QUICK” project…from about 4pm-7pm…I enhaled paint fumes in the locked down bathroom so Oliver wouldn’t come in and stick his hands in the paint. 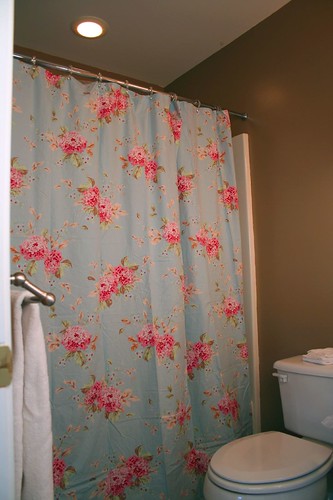 We found some nice looking and CHEAP hardware at Home Depot a little while back…but, hadn’t gotten around to install it. BUT IT HAPPENED THIS WEEK…OF COURSE! 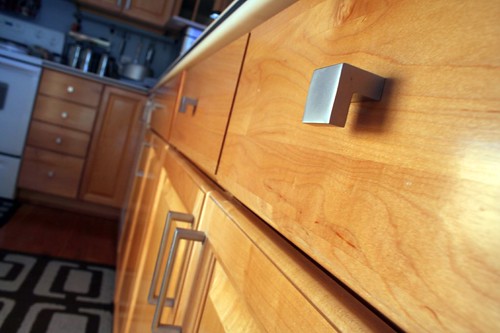 While in Atlanta…Robyn finally convinced me…well…I think it was the THREE hour nap that I took on it…that we should build a shelf/bench like our friends the Anderson’s have. They had some GREAT large cushions 3’x6′ that fit on top and then room for baskets underneath. So, we decided…if NATE can build that…SO CAN WE…but even COOLER…HEHEHEHEEHE… 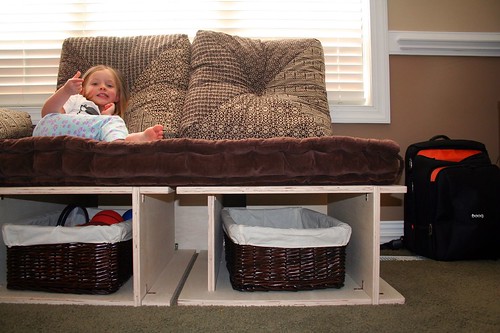 I’ve also been wanting some XBOX playin’ chairs. So, I thought about making it so it can break apart and can become various seats. 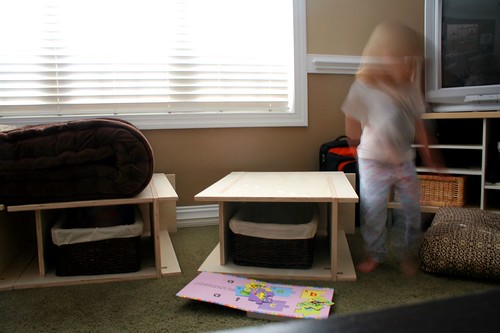 Then at Home Depot looking at the lumber…they have some really nice Hardwood plywood that I had the guy cut to all the sizes of the pieces for the three sections. It was SO nice being able to get the guy to cut all the boards down for me, and when they rang it up…it was only $.12 for the cuts, (I think he rang it up wrong)!! Then I used my router to cut the grooves in the top and bottom pieces and it all fit together nicely. (Although…I do need my Dad to show me how to make some better INTERIOR corner cuts…they’re pretty ugly!) 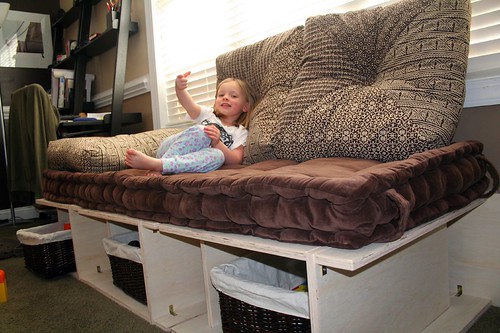 SO…it was quite the crazy week…and I feel much more relaxed with all those projects done! Thanks for the PUSH, robyn!!