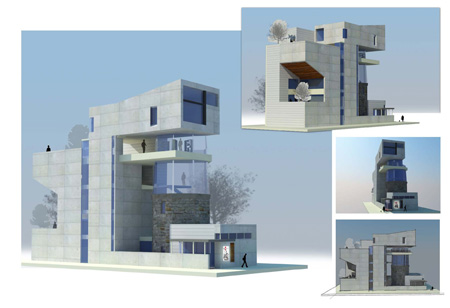 Just finished a “quick” month and a half project for the design of an expanded Headquarters for the AIA NC . We were given the same project that was used as a competition for local architects…but, instead of relocating to a new site, we were to try to squeeze it into the current location of their building, which is inside an old (UNUSED) water tower. We had NO limitations to what we could do…tear it down, keep it, how ever high we wanted to go, etc…only issues were the amount of glass on each facade was limited because it was RIGHT on the property line. We were given a little exception on some of that.

The overall idea I ran with was to take the original concept of the tower, a structure that is used to hold the “precious object” (the water) and keep that idea, but, take control of it in a modern way. The organizing concept for the spaces was to wrap the private space by the public space. Making the building more accessible to the public. 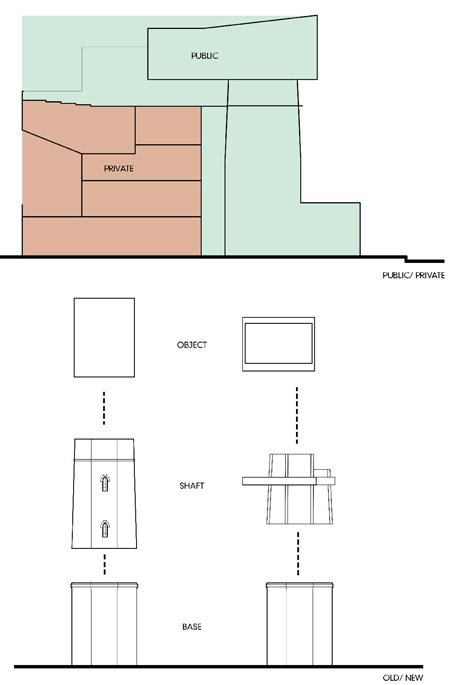 Part of the way of making the building more open to the public was through an idea of using views to penetrate into the building and understanding what’s going on in certain places from the street, and then using internal views to entice the public to continue through the building. In some of my earlier schemes I pushed that in a little more literal way of creating tubes that you can look through from the street…but, was getting some flak about it possibly being a “one-liner”, etc…so, they turned into a series of views throughout the building…which I liked better anyway. The section below has icons showing where each of the rendered views is taken from. 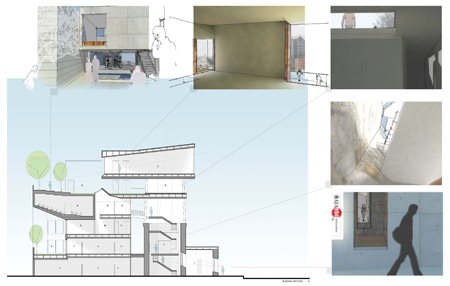 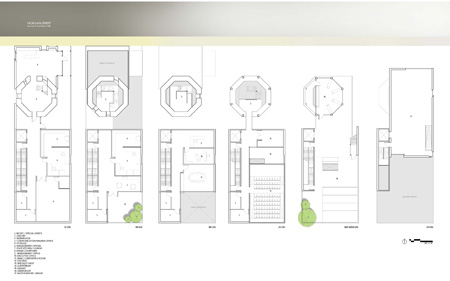 I’ll have to take some photos of the physical model I built…but, that will be for another time.